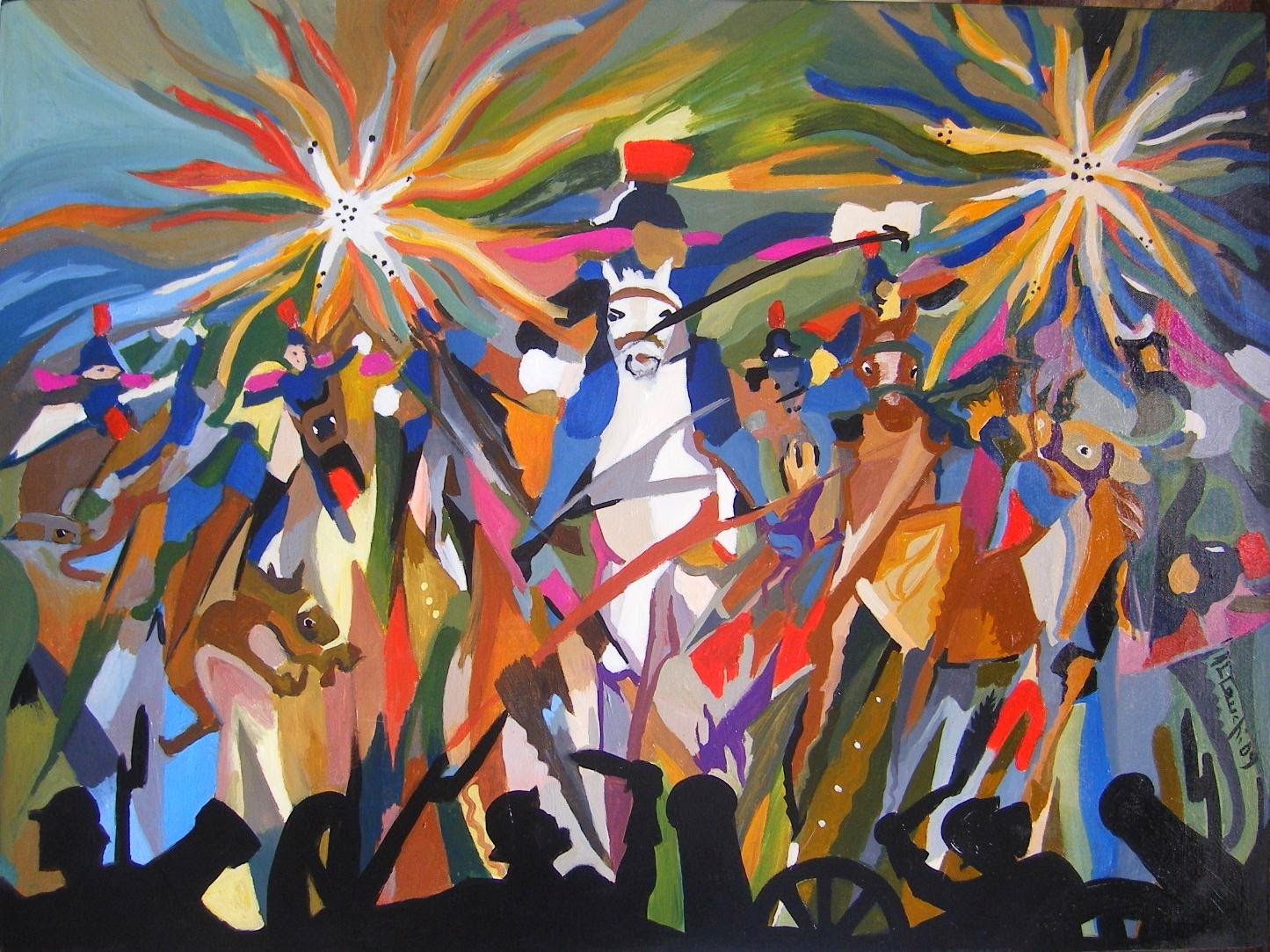 So begins Alfred Lord Tennyson's famous poem, The Charge of the Light Brigade.  The poem bespeaks the glory and folly of Pax Britannica's imperial apex; yet still offers dear lessons for those dispassionate enough to listen.
Tennyson recounts the doomed charge of a British cavalry unit at the Battle of Balaclava during the Crimean War.  British Intelligence provided the Light Brigade Command incorrect information, under estimating the strength of the defending Cossacks.  As the assault commenced the Light Brigade soldiers realized they had been misled. The probability of defeating the entrenched Cossacks was an impossibility; but the Light Brigade rode on....
Half a league, half a league,
Half a league onward,
All in the valley of Death,
Rode the six hundred.
'Forward, the Light Brigade!
Charge for the guns' he said:
Into the valley of Death
Rode the six hundred.
The Crimean War was one of the great mistakes in modern history. The costly war, an accident driven by the over-sized national hubris of fledgling nation states - Britain, France, Austria- Hungary and Czarist Russia- urgently arriving on the global stage, eager to exert a national will to carve a slice from a dwindling colonial pie.
The Crimean War provides a few lessons for today's historical actors keen to relive the historical farce once again. The United States, Russia and the EU, all seemingly intent on escalating conflict across a volatile Eurasian region surrounded by Middle and Near Eastern instability. Surely a tinderbox, a conflagration awaiting; primed to spark from the flash point of resurrected Cold War animosities.
I cite Tennyson's poem not as an allegorical reference to the deadly game unfolding in the Ukraine but as an example of the consequences of acting on bad information.  Business intelligence is an absolute critical component of an effective risk management program.
The stakes in the evolving Crimean crisis are huge and the consequences of the conflict will loom large over world markets for an extended period of time.  SME's in the region will bear the brunt of the economic effects of the crisis.  Political instability has placed the regional economy into a tailspin.  Clashing armies are never good for business.
European SME's need to consider the impact of a disruption of Russian oil and natural gas delivered by Ukrainian pipelines.  How would such a disruption impact the price of energy commodities and industries that are sensitive to it?
What would be the contagion effects of a broader conflict?  What would be its impact in the Greater Caucasus, Syria and Iran?   Would a conflict in the Ukraine close access to the Black Sea and how would that affect exports and the economic stability of Turkey?
How would the Russian oligarchs react to sanctions and asset seizures imposed by the west? News services are reporting significant capital flight from Russia, a plunging bourse and a ruble at historic lows.
These are but a few questions effective risk managers need to consider.  Seeking out and assessing information and how it will impact your business model is absolutely critical during times of acute macro risk.
Don't fall victim to the blind hubris of the Light Brigade....
Forward, the Light Brigade!'
Was there a man dismay'd?
Not tho' the soldiers knew
Some one had blunder'd:
Theirs not to make reply,
Theirs not to reason why,
Theirs but to do and die:
Into the valley of Death
Rode the six hundred.
Regional enterprises directly affected by the conflict and the international community of SME's with supply chain, export market or contagion risk exposures linked to the growing instability in the Ukraine need to assess these emerging event and  macroeconomic risk factors.