While there is much talk these days about “fake news,” omitting important news is perhaps as widespread and egregiously harmful to an informed public.  The following report tries to reme

The Panama Papers: Why Iceland?

The most unusual aspect of this week’s ‘Panama Papers’ scandal was the appearance of the Icelandic Prime Minister Sigmundur Davíð Gunnlaugsson alongside the West’s favourite ‘bad guys’, Russian President Vladimir Putin and Syrian President Bashar Al-Assad.

Iceland rarely makes world headlines and for most people this was probably the first time they had ever seen the country’s Prime Minister. There is a goo 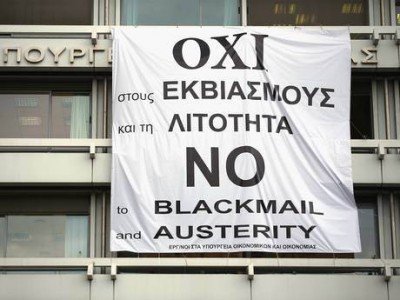 Every single mainstream media has the following narrative for the economic crisis in Greece: the government spent too much money and went broke; the generous banks gave them money, but Greece still can’t pay the bills because it mismanaged the money that was given. It sounds quite reasonable, right?

Except that it is a big fat l