Whilst it can be beneficial, as with any form of lending there can be risks involved with taking out a form of bridging finance. This article helps 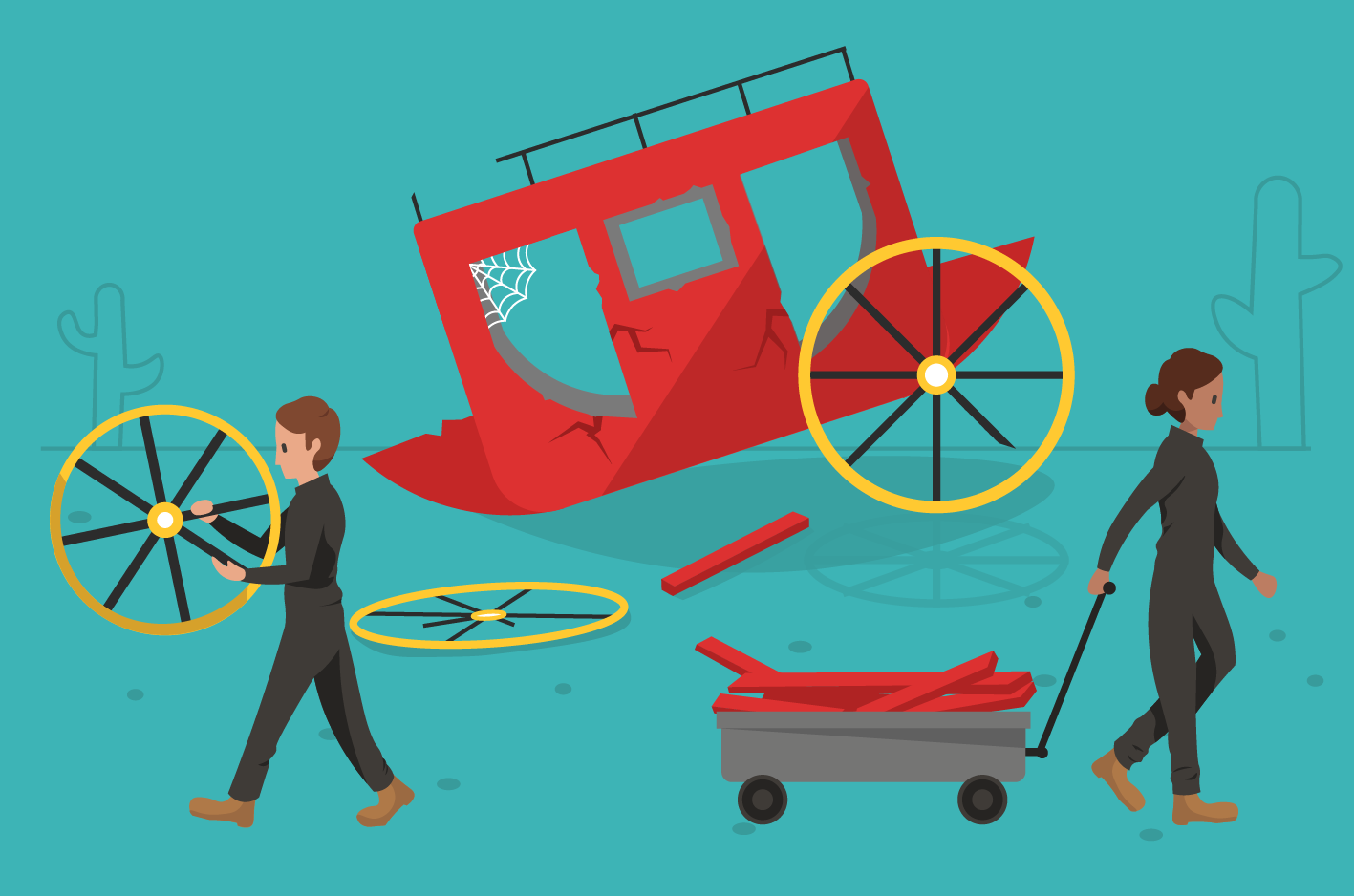 This settlement with the Consumer Financial Protection Bureau and Office of the Comptroller of the Currency would be another blow to Wells Fargo in a long line of many.

The business of petrol pump operations is long term in nature. It involves significant capital expenditure and license agreements. While the revenue earnings look attractive to most people, the owners of such businesses know that their operating expenditure (OPEX) is also huge.

Fuel retailers do need a steady supply of working capital to maintain the viability of their business in the industry. They must invest suitably in logistics, warehousing and restock fuel whenever the international market

Boris Agranovich has kindly asked me to offer my free course for you to browse, or to take, over the holiday period.

The course will change your entire understanding of modern economics and risk management.

It is no co-incidence that following an article which I had published at www.fin24.com where I am a columnist, my prescription for the South African economy was circulated to the entire By now, the Wells Fargo scandal is already beginning to become a memory. While the public may forget their costly mistake in time, theirs is a lesson you should definitely commit to memory. Wells Fargo’s failure could easily be your own without taking proper steps to avoid mistakes made by management.

Besides not keeping track of employees as they should have, Wells Fargo made the tragic mistake of incentivizing sales over the interests of their customers. Rather than reward employees for providi

Considering the current climate is loaded with regulatory and market changes, funds transfer pricing frameworks must be adapted in such a way to account for this without losing competitive edge. In order to optimise the practice of FTP, banks need to understand how it can be implemented alongside evolving regulations and market changes. This marcus evans conference will show banks how to shape their FTP methodologies according to regulations such as the liquidity and capital regulations and appl

Cyberweapons are a constant and evolving threat to society. They have the potential to shut down entire electric power grids and bring companies to their knees. Securing networks against the threat is possibly the most pressing priority, and the cybersecurity market is expected to grow from $75 billion in 2015 to $170 billion by 2020 as a result.

One of most pressing priorities for companies in ensuring cybersecurity is what seems to amount to a massive talent shortfall. Current estimates place t

The past year and a half has seen collateral management evolve from a back-office concern, to a middle and front-office operation. The Dodd-Frank Act, devised as a solution to the financial crisis, has had a profound effect on the market, which many are still learning to manage effectively. The threat of new uncleared margin rules (taking ef

The Panama Papers, Bail-Ins, and the Push to Go Cashless

The War on Savings: The Panama Papers, Bail-Ins, and the Push to Go Cashless

The Web of Debt Blog

Exposing tax dodgers is a worthy endeavor, but the “limited hangout” of the Panama Papers may have less noble ends, dovetailing with the War on Cash and the imminent threat of massive bail-ins of depositor funds.

The bombshell publication of the “Panama Papers,” leaked from a Panama law firm specializing in 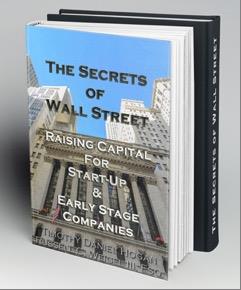 Timothy Daniel Hogan, chairman & CEO of downtown-Chicago-based Commonwealth Capital, has addressed the complex issues every entrepreneur needs to know when raising seed, development, or expansion capital under the crowdfunding provisions: Title II and Title III of the Jobs Act of 2012.

Click for your complimentary, abridged edition of his e-book, The Secrets of Wall Street – Raising Capital for Start-up and Early Stage Companies. 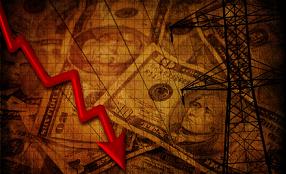 The Age of Finance Capital—and the Irrelevance of Mainstream Economics

Despite the fact that the manufacturers of ideas have elevated economics to the (contradictory) levels of both a science and a religion, a market theodicy, mainstream economics does not explain much when it comes to an understanding of real world developments. Indeed, as a neatly stylized discipline, economics has evolved into a corrupt, obfuscating and usel

We have access to many sources of capital for varying stages of a company’s existence. More importantly, we are looking to invest in start-up and early stage companies through our inaugural venture-capital fund, Commonwealth Capital Income Fund I.

Unlike most venture-capital firms, we’ve taken the mystery out of the application and funding process. We’re upfront about

How Big Banks Run the World - At Your Expense

The recent Public Banking conference held in Philadelphia offered a message that is at once so simple - but also so bold - it is hard for most Americans to pause long enough to understand how profoundly their thinking had been corralled by the masters of finance - in ways far, far, far more insidious and powerful than even the latest financial crisis sugges

"Speculation in the 17th century was a crime. Speculators were hanged."

Money, as Karl Marx lamented, plays the largest part in determining the course of history. Once speculators are able to concentrate wealth into their hands they have, throughout history, emasculated government, turned the press into lap dogs and courtiers, corrupted the courts and hollowed out public

Perception of risk in investment decisions is an emerging topic in behavioral finance discussions. Inspired by recent Chinese financial market turbulence, I will briefly present here main points of the risk perception issue, mainly picked up from much more descriptive Victor Ricciardi's article (Ricciardi, 2010) [1], which I found suitable for a blog form.

New York City, NY– May 6, 2015 – marcus evans, the world’s largest event management group, will host the Operational Risk Management Conference on September 16-17, 2015 in New York City, NY. This conference will bring together risk leaders to examine the exposures brought on by operational risk and how these must be accounted for in the business model, as well as focusing on techniques for demonst

Although there’s an unlimited number of ways to structure a deal, or a securities offering, the use of hybrid securities, such as; convertible notes or preferred stock, enables the entrepreneur to attract investors due to the recent ability to advertise the securities offering and compete with financial institutions for investor capital. Investors in today’s market are seeking short-term investments with relative safety and high yield.  If you provide this to the investor community, you will inc

Public banks in North Dakota, Germany and Switzerland have been shown to outperform their private counterparts. International private competitors have responded by pushing for regulations limiting the advantages of the public banking model, but public banking advocates are pushing back.

In November 2014, the Wall Street Journal reported that the Bank of North Dakota (BND), the nation’s o

Today’s banking industry must deal with an evolving regulatory landscape by developing new and innovative strategies for acquiring and optimizing capital. Banks must find a new way to raise capital, maintain a functional capital structure, and continue providing the products and services their customers demand while staying profitable. The new deadline for implementing the Basel III capital requirements makes capital management the most important issue for banks today.

Read more…
of 2 Next